Lake Rotorua is central to the Rotorua Lakes district and is the main lake of the area. The city of Rotorua is on the southern shore of this Lake. Lake Rotorua is a relatively shallow lake that was formed approximately 140 000 years ago. Hot springs provide direct geothermal inputs along the southern shore (EBOP, 2000). The Ohau channel is the only outflow from the lake, which links Lake Rotorua with Lake Rotoiti. There are nine major inflow streams and eighteen minor inflow streams. The total area of the lake is 8060 Ha and the catchment area is 50,060 Ha. The lake has an average depth of 11 m and at its deepest point it is 45 m.

The Lake Rotorua catchment is the most densely populated of all the Rotorua Lakes, with 8.1% of the catchment urban (EBOP, 2000).

A number of the Rotorua lakes were named by Ihenga, a grandson of the captain of the Arawa canoe Tamatekapua. He named the largest lake, Rotorua nui ā Kahu-matamomoe, in honour of his father-in-law and uncle, Kahumatamomoe. "Rotorua nui" refers to the large basin-like lake. Lake Rotorua probably has New Zealand's best-known lake islands, and is closely associated with one of the best-known Māori legends, that of Hinemoa and Tutanekai. It is said that Hinemoa swam across the lake to her lover Tutanekai who lived on Mokoia Island.

Great achievements have been made for Lake Rotorua and the water quality continues to be the best it has been in decades. The lake remains at or around its target Trophic Level Index (TLI) of 4.2 depending on the climatic conditions. Regional Council doses aluminium sulphate into two streams which flow to the lake, the Puarenga and Utuhina, the aluminium sulphate locks the phosphorous into the sediment removing it from the water column. This intervention is a key reason why the lake is achieving its water quality target but this is not a long term solution for the lake. 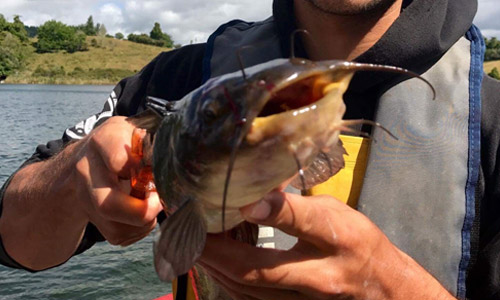 We want present and future generations of locals, other New Zealanders and tourists to be able to enjoy the Rotorua lakes, as thousands have done in the past.

The Bay of Plenty Regional Council in conjunction with the Stakeholders Advisory Group are in the process of developing rules for reducing nitrogen loss on land in the Lake Rotorua catchment. The proposed draft rules have been amended in response to the feedback received last year. It is important for everyone to be property informed and there is still opportunity for further feedback.